Overview of the billing system for your hosting (part 2)

WHMCS is frequently considered the most popular billing system for hosting services. First released in 2005, it is currently in version 8.6, which is less than a month old. This is an extremely powerful billing system with many additional features and a convenient user interface. It supports not only popular international, but also dozens of local payment systems, so its localized versions may be used in most countries around the world. Support of add-ons allows for adding new payment systems on the fly. It even has companion mobile apps for Android and iOS, which allow solving many problems, like supporting customers, creating and reviewing orders, or creating invoices using just your mobile phone. WHMCS is fully compatible with popular control panels for web hostings, like cPanel and Plesk. Its basic version, which supports up to 250 clients, is comparatively inexpensive and costs $18.95 a month. But its business version with an unlimited number of clients, which is needed only by some really large companies though, costs $1300 per month, and some useful plugins and additional services will cost you, too.

BILLmanager, developed since 2004, is one of the strongest competitors to WHMCS by its functions and flexibility. Its latest version 5.358.0 was released just a week ago. As well as WHMCS, it not only supports the whole set of basic functions for such billing systems, described above, but also has built-in advanced marketing tools, DNS hosting and external FTP storage instruments, and much more. BILLmanager supports over 30 popular payment gateways out of the box, including not only PayPal and Alipay, but also many local payment systems, and more may be easily added via plugins. A version for tablets and mobile phones is also available. Initially, BILLmanager is compatible with cPanel, Plesk and ISPmanager control panels. The prices of BILLmanager are quite competitive compared to WHMCS. While the basic version (up to 200 clients) costs 193.5 euros a year (about 17 USD per month), the corporate version with an unlimited number of clients is much cheaper at 1620 euros per year (about 142 USD per month). But if you need an enterprise version, best suited for large hosting providers, you’ll need to ask the developer about the price directly.

Blesta is another popular alternative to WHMCS. It even frequently competes with BILLmanager for second place in class. Being a bit “younger” than WHMCS and BILLmanager, with version 1.0 released back in 2007, it is still about as powerful and actively developed, as its older competitors. The latest version 5.6.0 was released 15 days ago. Blesta supports almost 40 payment gateways, with PayPal and Alipay included. As usual for systems of such levels, plugins are supported, and new functions may be easily added by developers, because one of the key features of Blesta is that 99% of its code is open source, with only 3 files containing licensing information being encrypted. The user interface of Blesta is nice and convenient, and while the basic set of functions may look a bit limited, plugins remove most of the deficiencies compared to competitors. Another strong point of Blesta is class-leading security, with two-factor authentication used for both staff and clients, Bcrypt HMAC SHA-256 encryption used for passwords, and AES-256 & RSA for data. It has built-in modules for most of the popular control panels, including cPanel, Plesk, DirectAdmin, ISPConfig, ISPmanager, VestaCP, and others. Also, Blesta has the most competitive prices among the three leading billing systems for hostings: the cheapest version costs $12.95 per month, while the unlimited lifetime version with unrestricted support & updates – is only $750. Plus, 30-day unlimited trial version is available.

HostBill is created in 2008, and it gained its share of popularity since that time: more than 2000 companies around the world use this billing system in their business. Developers release new versions every week, with the latest version is currently just 2 days old, which is very competitive. While basic functions of HostBill are similar to competitors, its strong sides are automation and integration. HostBill tries to automate the whole cycle of hosting from signup to termination, and sets records in the number of integrated domain registrars (about 50), payment gateways (120) and total number of integrations (over 500 and counts). Also, HostBill supports 19 control panels, like cPanel, Plesk, DirectAdmin, ISPconfig, VirtualMin, VestaCP, CyberPanel and other. The pricing policy is debatable though. Startup version of the system costs $599, and you’ll have to pay another $99 per year for updates. The most powerful all-inclusive version costs whopping $5999, making it one of the most expensive options on the market. 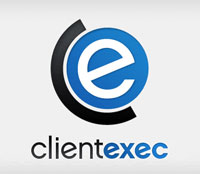 The first version of Clientexec was released back in 2002, so it is the oldest considered system. Current version 6.6.0 is just a week old, and the list of improvements and fixes is rather impressive. Clientexec is not a record-breaking, but time-proven and reliable system which has all the necessary functions, like invoicing, registration of domains, support of plugins, help desk subsystem, and much more. The interface is convenient and user-friendly. A substantial advantage of the system is that it supports as many as 22 most popular control panels, including cPanel, Plesk, DirectAdmin, ISPManager, Virtualmin, Hosting Controller, CyberPanel and others. That’s the best result among others. The other parameters are also solid: 30 payment gateways, 17 domain registrars and 3 fraud screening services. The pricing of this system is on the positive side: the cheapest version, though, without limitation for the number of clients and staff, costs as low as $11.95 per month. A fully owned unbranded version with 1 year of updates and support will cost you $295, plus another $200 for lifetime updates, which makes Clientexec the most reasonably priced billing system in our list.

The Zabbix server is used to collect and analyze information about the status of network nodes. In this article the process of installing and deploying

Why do you need a CMS? Main goals of business are to make profit through the sale of goods and services. In today’s digital age,

Cost of creating a website is a relevant issue, because in time of online technologies, websites are the main sources of obtaining various information. Cost

Web hosting control panels – which one to choose?