First things first: what is Zabbix?

Zabbix is defined by its developers as an open-source software tool, used for monitoring various elements of IT infrastructure, such as networks, servers, web pages, databases, virtual machines, cloud services, etc. It is developed by Zabbix LLC based in Latvia since 2004, but it is distributed under the terms of GNU General Public License version 2, so not only the software itself and all of its features are free to use, but also its source code may be downloaded and modified, if necessary, by anyone. At the same time, security is not an issue, because Zabbix natively supports encryption and its database may be stored anywhere in the network. 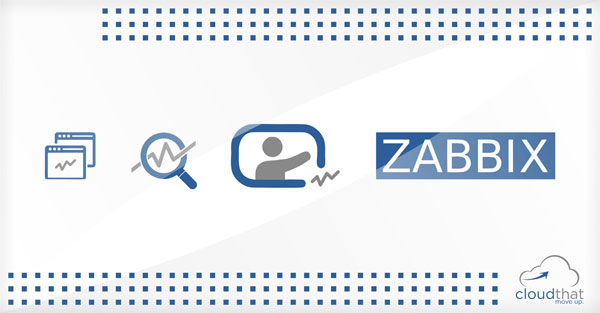 The basic functions and features of Zabbix.

You can personally configure these and any of the other supported parameters to be monitored, according to your needs and wishes. Different kinds of real-time and historic visualization are supported, as well as manual adjustment of thresholds, which, when overridden, will cause Zabbix to immediately send notifications to the administrator.

On the basis of Zabbix data, the administrator may usually instantly detect and identify the problem with the monitored system, like the incorrect software configuration, hardware problems, system overload, or hacker attack, which allows him to react accordingly. Alert messages may be received by email, instant messaging, SMS, and specialized alerting systems like Opsgenie, Pagerduty, VictorOPS, or SIGNL4.

Why you may want to use it on your Virtual Private Server?

Access to Zabbix data and its configuration is available from any place and any platform, even from mobile phones, because it uses the built-in web-based interface. It is somewhat similar to configuring your home Internet router, but, obviously, adjusting various Zabbix settings needs a bit more serious basic training.

Zabbix may be installed almost anywhere, even on your own private PC, if it is on and online 24/7, but in most cases, it is installed and executed on the same machine, which is monitored, like the dedicated server or virtual Private Server. That’s why some advanced hosting companies may have the option of easy installation of Zabbix to your VPS.

Zabbix may be applied by private users, but it is rather oriented toward enterprises and corporate users. Usually, you simply don’t need such a powerful tool to monitor your personal website. But you may need Zabbix if your website is your business tool. Then you need it to be available 24/7/365, and you are interested it to always being in the best possible condition.

The same is even more true for enterprise and corporate users. Virtual Private Server may be used to locate the corporate website, remote databases and backups, cloud services, and online applications. Enterprise always needs them to be available because the work of many people and corporate profit directly depends on them in the modern world. If something is wrong, instant detection and solving of problems are vitally important, and that’s where Zabbix shows itself the best. It will show you that your server needs more processing power, RAM, or storage, inform you about the deterioration of the S.M.A.R.T. status of your hard disk drives and SSDs, alert you about DDoS attacks or unauthorized changes of files, and more.  When properly configured, it will not only help to solve the problems, but even prevent them from happening.

The Zabbix server is used to collect and analyze information about the status of network nodes. In this article the process of installing and deploying

Why do you need a CMS? Main goals of business are to make profit through the sale of goods and services. In today’s digital age,

Cost of creating a website is a relevant issue, because in time of online technologies, websites are the main sources of obtaining various information. Cost

Web hosting control panels – which one to choose?